We make it easy for you to be a great pet owner! Conveniently schedule your appointments from the comfort of your home, or on the run!

Meet the Veterinarians & Team of Pelican Rapids Animal Hospital in Pelican Rapids, MN! We’re pleased to provide exceptional vet care for your pets! Please call us at 218-863-8387 to speak to one of our caring veterinary staff members! 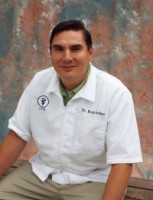 Dr. Brent Henkes is from McGregor, Iowa. He received a B.A. degree in biology with a minor in chemistry from the University of Northern Iowa in 1999. He received his Doctor of Veterinary Medicine degree, with distinction, from Iowa State University in 2003. After graduation from veterinary school, Dr. Henkes practiced in the Brainerd, Minnesota area for 9 years before becoming owner of Pelican Rapids Animal Hospital in January of 2013.

Dr. Henkes enjoys all aspects of companion animal practice and he has special interests in laser surgery, orthopedic surgery, and dentistry.

Dr. Henkes has three boys, Reece, Karston, and Braden. They also share their home with a Labrador Retriever named Willow. In his free time Dr. Henkes enjoys spending time with his family and enjoying the outdoors fishing, hunting, and camping.